How to learn Physics? (fast and easy)

Home » How to learn Physics? (fast and easy)

The subject that students struggle with the most is Physics. What exactly is the reason behind it? And more importantly:

How to learn physics fast and easy!

Physics is different from Math

Physics is very much different from math. There are direct formulas and many equations to deal with different situations in math. So in math, you need to understand all those equations and formulas, and with a bit of practice, you are good to go. In physics, though, there are hardly any formulas, and we can solve any problems starting from the most fundamental equations even if we don’t remember any other equations.

In mechanics, for example, you can solve a problem using just Newtons’ 3 laws of motion provided you can draw FBD or the free body diagram correctly. There are no other formulas, and everything else is just math. Of course, there is a lot of logic involved.

Concept & logic building is the key

Logic is not something that you may quickly get unless you practice. And you can not practice unless you get the logic. So it is like a chicken and egg problem, and we need to figure out which one should come first logically.

The best way to develop logic is to solve more problems. You need to start with a more straightforward one, then understand the logic behind that. Now you learned one logic. You can apply that logic to the next problem, which is slightly more complex than the previous one. That second problem may use logic from the first problem and one extra logic not used in the first problem. This way, you developed two logics by solving two problems. You can keep doing more problems and keep learning new logic. Over a while, you will imbibe a new set of logic that you can apply to an entirely new set of problems. By solving more and more problems, you keep using the logic you learned before, and this way, you know how to apply logic or concept to different situations.

I know it sounds more complicated than it should be, so let us understand it by example.

How to build concept & logic (breaking it down)

So you studied how to draw the FBD of a book resting on a table. You know that the weight of the book acts downwards, and since the book is at rest on the table, the table must be applying some upward force on the book to keep it at rest. That force is called Normal Reaction, which must have its magnitude equal to the weight of the book.

So you now learned that whenever a body is kept, it will have two forces: the weight acting downwards and the normal force, which acts normal to the surface. So you built one logic, and you can apply this logic to any other problem that you may solve in the future. This will help you learn physics better and better. 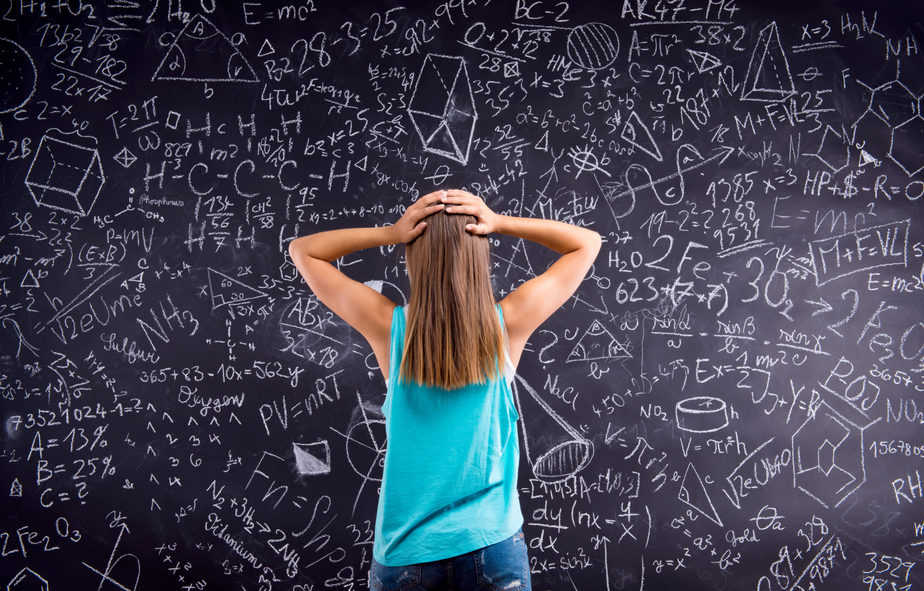 Apply it to a more complex problem

Now, let us say the book is on an inclined plane. Weight will act downwards again. But since the surface is now inclined and not horizontal anymore, the normal force will NOT be upward, but it will act normal to the inclined plane. That will have one component, which is upward, trying to hold the book from moving in the vertical direction. But it will also have another component in the horizontal direction. So unless there is a third force (like friction force), there is no way the book can be at rest. It will slide down the inclined plane.

So now comes the concept of a third force that can still hold the book at rest on this inclined table. Like this, we can keep making the problem more and more complex, and in the process, we will keep learning more logic ( concepts) in our physics armory.

The above discussion shows that physics involves more logic and fewer equations and formulas. It is where the students get stuck. They try to search for formulas for all the physics problems, but they should be looking for logic and concepts.

In Physics, you should be learning the concepts and logic rather than the formulas and equations.

So, if you want to improve your physics, start focussing on the concepts and logic behind a problem. You need to learn logic and concepts and not the exact problem because the problem in the exam can be entirely different from what you have solved so far. You can only solve an altogether new problem by using logic that you have learned so far by solving the problems. It is perfectly ok if you get the logic and forget the actual problem. You can solve a new problem with logic, but if you remember how to solve it and do not understand its logic, it will be of no use. For cheap physics tutoring service, click here.

If you need a private physics tutor for you, you can contact on WhatsApp and get a great tutor at an affordable price.

Disclaimer: I have been in physics education ( classroom teaching, Online tutoring, assignment help, etc.) for 15 years. I also teach other subjects like Calculus, Statics, and Dynamics. My suggestion is based on my own experience.